Conifer trees are an attractive and lush addition to any garden. So when brown conifer problems arise, what can you do? Once you notice its green cones turning brown, what solutions are available to you? And how can you prevent this from happening in the future?

In this article, I will be discussing all the factors that could make cone needles brown and how you could restore your conifer to its original, beautiful glory.

A lot of insects make conifers their new habitat. This is hardly a problem most times because a healthy conifer should be able to fight them off. However, in the event of an infestation, the relationship between conifers and insects become parasitic. With insects drawing much more sap and damaging many more cells than the tree can afford to lose. 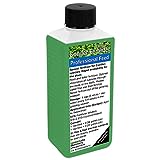 Aphids: These are small sap-sucking insects that exist in colonies. An infestation of these insects causes a lot of damage to conifers. Due to the excess amount of sap drawn by them, the cones turn yellow and eventually brown. Pesticides work on them. Or you could use a mild solution of water and dish soap to spray the infested areas.

Bark beetles: These tree boring insects have hard, cylindrical bodies. They love to settle beneath the barks of conifers. Their larvae are pasty white in colour. Having these insects damage your tree can be prevented by adopting several maintenance techniques such as mulching and pruning. Also, to get rid of them, insecticides will be your best bet but in a case of extreme infestation, insecticides are of no use.

Spider mites: These insects are dormant during the summer and active during the fall or spring. They are destructive insects that love sucking out sap from sweet trees. This results in the browning of trees. To get rid of them, you could spray them with miticides or neem oil.

Caterpillars: These moth larvae feed on the foliage of and infest conifer trees. When these trees lose their cones prematurely, they begin to die. To prevent them from attacking your plants, simply spray trees regularly with insecticide.

Armoured scales: These scale insects are commonly found on conifers. They cause the yellowing of needles, death to the trees, and plant discolouration. These insects are shaped somewhat like an oyster shell and they have different colours such as grey or brown.

Several diseases can be responsible for brown patches on your conifer. They include the Pestalotiopsis dieback, Coryneum canker, Honey fungus or Phytophthora root rot, Needle cast disease, and Spruce needle rust to name a few.
Coryneum canker: This is a fungal disease that mainly affects coniferous trees. It is characterized by branches dying and resin oozing from wounds in the trunk and branches of the conifer. Applying fungicides is an effective method of getting rid of the disease.

Needle cast disease: Needle cast is a fungal disease that mainly affects older parts of the conifer’s branches. It is easily identifiable because the conifer has healthy-looking branches at the tip. It is treatable but it may take a couple years. Simply spray it with fungicides.

Pestalotiopsis dieback: To easily identify this disease, you will notice the tip of the branches initially turning yellow. Over time, it spreads to every part of the tree turning it brown and then black. Most often trees are infected during wet seasons. Fungicides are of no use to conifers suffering from this disease. This is why you need to observe hygienic care for your plant such as not trimming it during wet periods.

Phytophthora root rot: As the name implies, this soil-borne disease is characterized by the roots rotting, branches yellowing, and dark discolouration of the stem. Fungicides are the best way to go when treating this resilient fungal disease. Also, regulating the amount of water supplied to the plant is another effective method because the fungus thrives in waterlogged soil.

Spruce needle rust: Like all the other fungal diseases, the cones at the branch tip begin yellowing and later fall off. They thrive during wet seasons. Most especially when conifers do not get enough air circulation. Therefore to prevent it, space your trees apart and always maintain good tree hygiene.

Honey fungus: This is a common fungal disease that affects roots and shrubs greatly by first killing the root, then the rest of the plant. It is found on the roots and lower stem of the conifer tree as a fungal mass that is creamy white in colour. This disease usually affects plants that are weakened due to Phytophthora root rot or other diseases, and it cannot be cured, but its spread can be curtailed by uprooting the plant and burning it.

This is sometimes referred to as winter drying. It usually starts during the sunny months when the temperature is warm and the winds are strong. These factors contribute to the increase in transpiration in conifer needles. Losing water should not be a problem for plants. It only becomes a problem when they lose more water than they can recover and this is what happens. When this warm season is immediately followed by winter whereby the soil and moisture on the plant become frozen.

Browning due to winter drying is not always a serious issue because if it is only the needles at the tip that turn brown, then the tree will recover once the season is over. However, if the entire branch browns, then that part must be cut off. To prevent conifers from browning due to diseases and other factors, a hygienic caring method is required.

To help you in properly catering to your confers, always get your plants from verified gardening centres.

Ensure that the planting site is rid of diseases by collecting samples and sending them for plant disease diagnostics. Do not over-prune plants or prune them during the wrong season. Allow enough air circulation by spacing them apart.

Lastly, leaving your sprinklers turned on for too long, is never a good idea.